A local Group, known as Connect Castlegar, was the main driver of this Festival

A new event, not the last, was driven by Michelle and Anne. The people in between made the day and the reason for it.

The timing coincides with the Harvest Season, and the aim was to celebrate the special Nature and rural Heritage of Castlegar.

The event is curated by artist in residence Michelle Tully, with art works using clay modelling and hurley sticks.

Local talent provided the necessary legwork for Dancing styles such as Set Dancing and Jiving.

Fun and games for all the family, with puppets, a tug o’war, and a treasure hunt…. and an opportunity to make a wish, by tying a ribbon on a tree in the wishing tunnel.

Letter Hunt - The winner must find 15 concealed letters to form a word. This word was written on a piece of paper,
for later adjudication. Guess the Length of Spellman's Boreen - Best guesstimates in metre units.

See Photographs taken at the Festival; 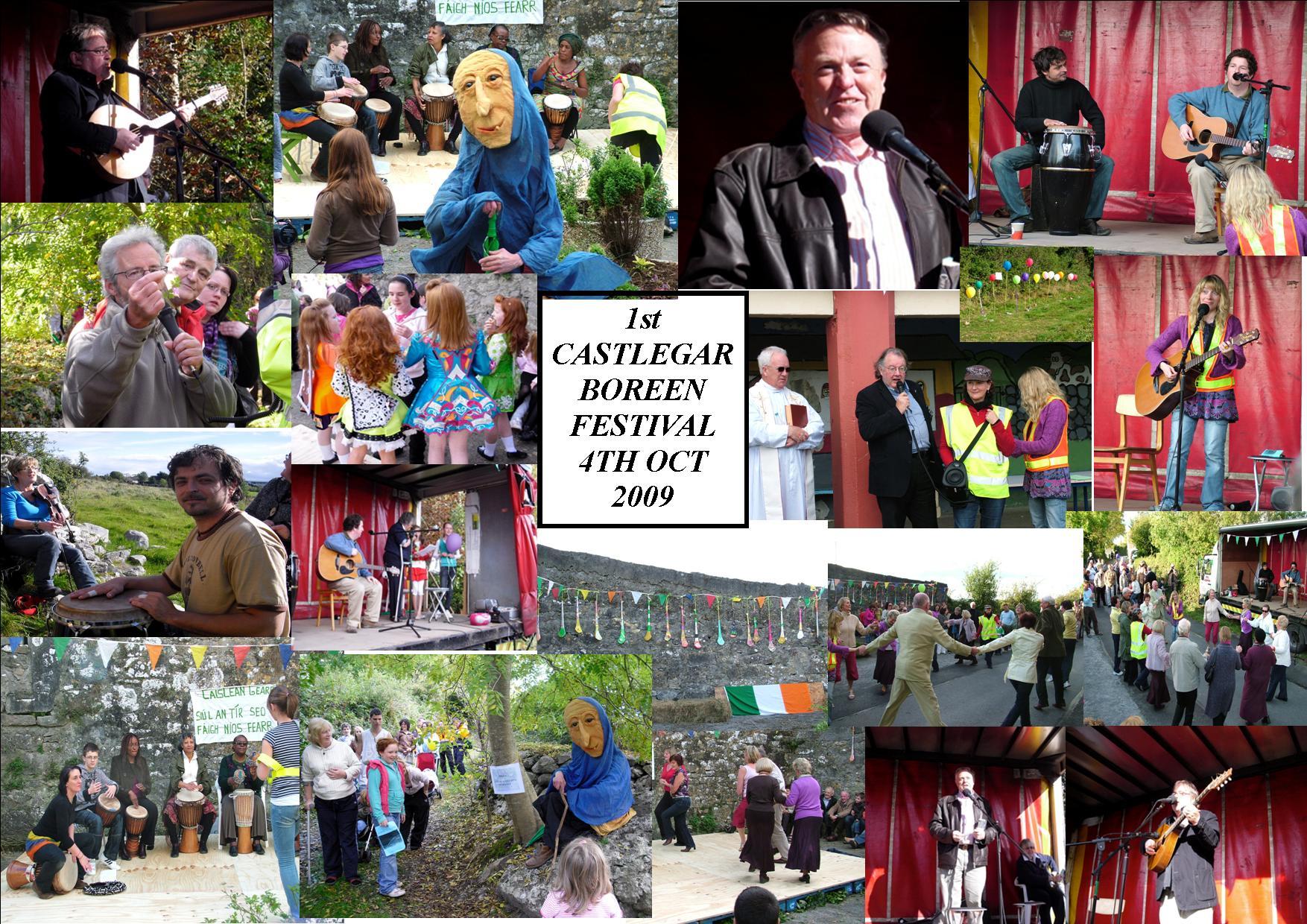