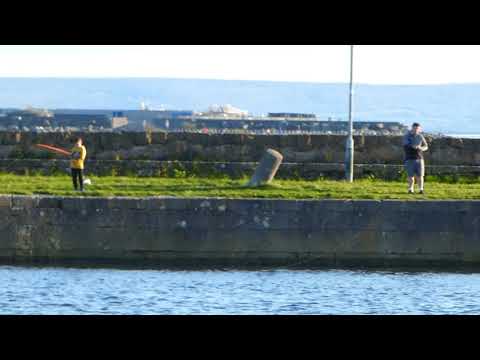 The Mutton Island Lighthouse, can be seen in the background of the video above, as can the Hills of County Clare.

April 1st. , 1977, The Whitehorn, runs aground on Mutton Island, and was visible from here. It got caught in rough weather into the Bay, and was carrying 600 tonnes of Fertiilzer for Mc Donagh's in the Docks. See photo.