A Mutation of Sars Cov 2 Virus, was believed to be more virulent and more contagious, than its predecessors, by both the U.K. and Ireland's respective Governments and Media.
It was instrumental in the temporary blockade of the U.K. by Europe and Ireland as its partner.

That blockade was diffused by an Lateral Flow Test, as opposed to the more commonly used P.C.R..

In the middle of November, 2020, this Mutant seemed very dominant throughout regions of the U.K.
News of it, traveled, and this story was used to fuel additional fear of pending doom.

But this had no basis.
The biggest Laboratory in the United Kingdom, at Milton Keynes had a Cross Contamination Event where Staff may have shed RNA of the mutation in question, onto the specimens from the Public which it tested.
People in remote parts of Wales, now had a reputation which did not belong to them.
And  20 Staff members of that Lighthouse Lab. had to isolate..

Something is very wrong. This never happens. An new Epidemic does not lie on top of the very same one.
Mutation
Ireland must lock down, and still does not understand the expansion of B117 by January 6th, 202i . See Primetime of that date, which has a number of experts expecting the worst, without merit.
They are behind the times however, and the true nature of this roving mutant was known before the new Year.
Below, is an example of what was happening in the U.K., and how that understanding differs from our R.T.E. experts. 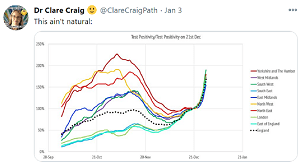 January 15th, 2021. Listen to a Podcast Clip of a discussion between Prof. John Lee (Pathology) and Niall Boylan, where John speaks of the Mutant, which contributed to the current Lock Down of the U.K., and Ireland.
Jan. 5th. Listen to Sunetra Gupta talk about this Mutant.

The very next thing you should do, is listen to what is being said in the following Audio, where Dr. Clare Craig is interviewed. 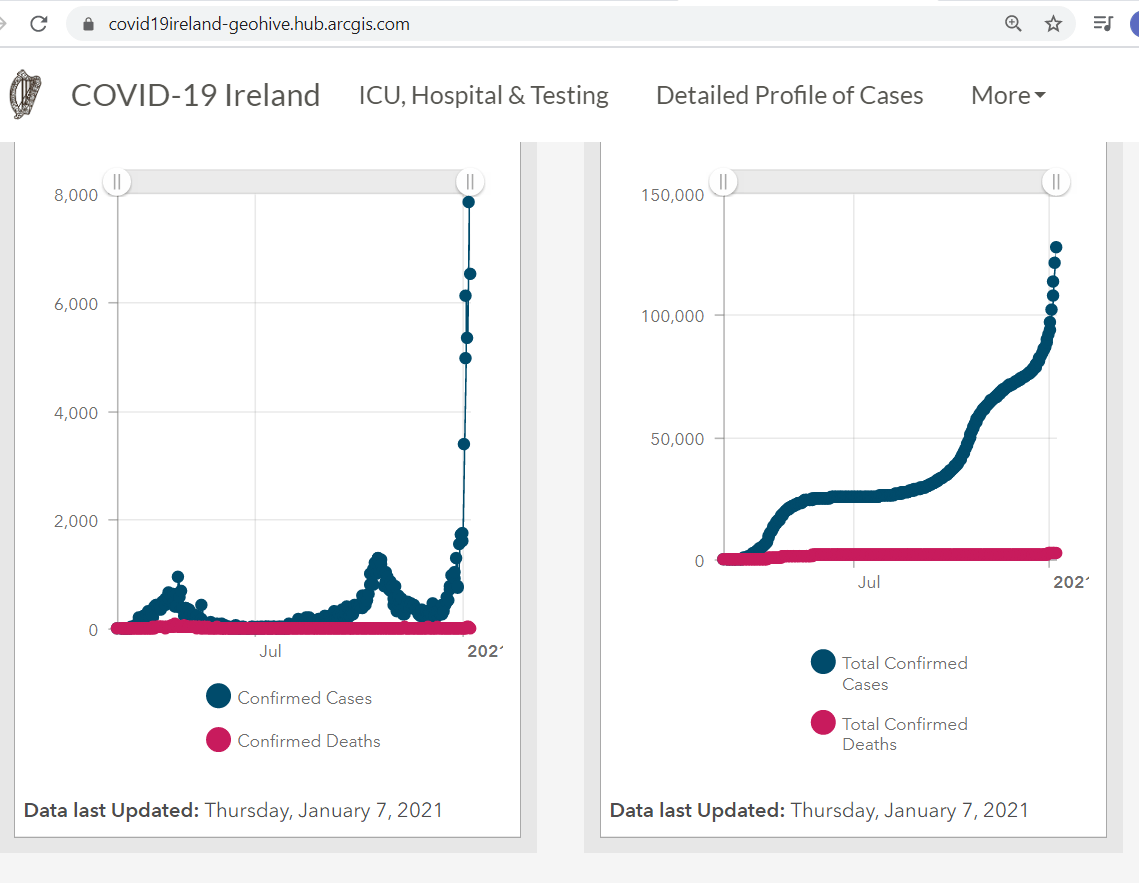 Below, we have the Graph for Deaths, covering much the same Time Period.
You should instantly notice that there is zero correlation between Covid Deaths and Positive Covid Cases, with April of 2020, being the exception.
This was obvious, for most of last Year, but that year is known as the "Great Hysteria of 2020" for a reason.

The problem began with Mass Testing using P.C.R. in the Community.
Testing Facilities, were below standard.
Personal, may not have been properly trained? Even if they were, the facilities were still poor, and the route to the Laboratory may have been compromised also.

These P.C.R. Tests have a False Positive Rate which varies, depending on the Manufacturer of the Kit.

It can be anywhere between 0.01% and 5%, which shows us that one can 50 times more error than the other.
With the former, testing 1,000 People can return a F.P. of 1.
With the generally cheaper kit, the F.P. for the same number of People, could potentially be 50 individual testing Positive, without any exposure to Sars Covi 2 at all.

When this is expanded outwards to hundred of thousands of Clients, shall we say, you can see that this error begins to add up, without infection at all. Perfectly healthy. in this context. 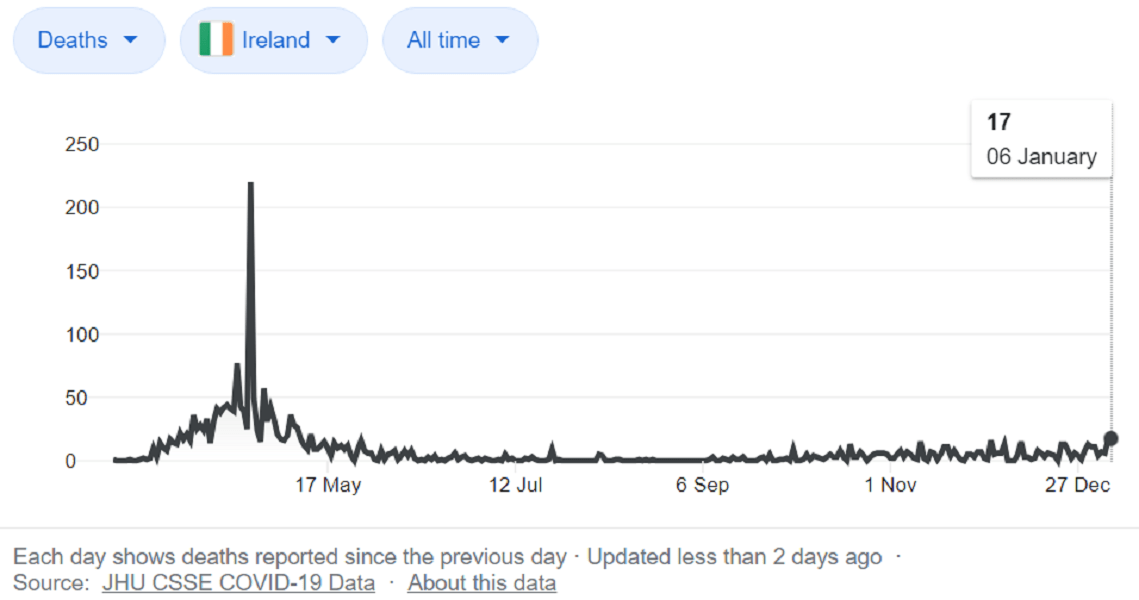