There used to be a School in the Townland of Carrowbrowne, which is currently in the Parish of Castlegar, Galway.

The Teacher; Raftery, lived in Parkmore Village for some time.

The Memory of this School, has been re-kindled upon discovery of a Photograph, which "surfaced" during the Castlegar Gathering. See that Photograph on Flickr (open new window).

Why was there a School here, at that time? Presumably because the Population was higher, and the Carrowbrowne Castle attracted more activity. Read more .... article.

Too young for Concrete, this building was probably local Limestone? 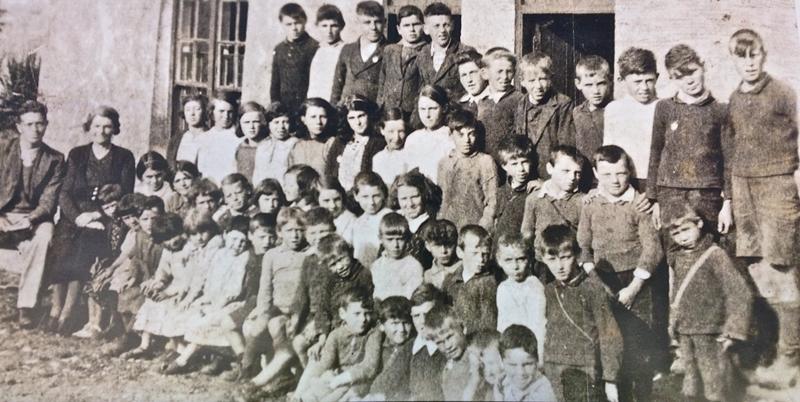 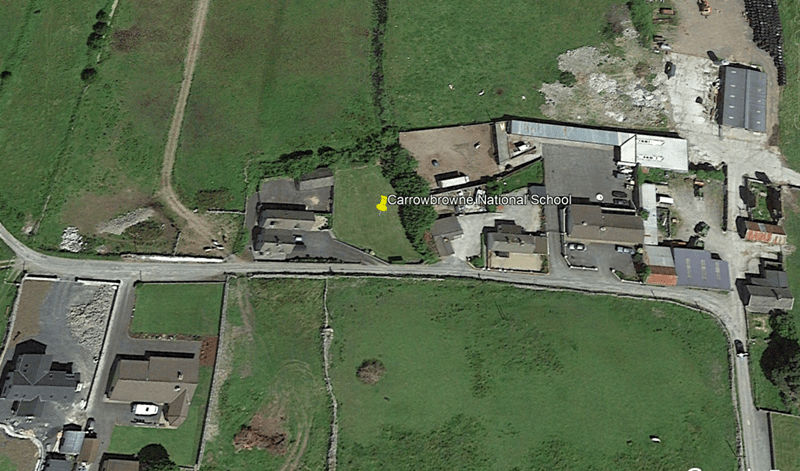 See a dynamic Map, with a zoom facility of where this School used to be.

^ 1900's or thereabouts, with the Castle just out of shot to the right.